Fix Common MacBook Problems: Despite the fact that MacBooks are some of the most reliable computers on the market, it is still inevitable that you will encounter various performance problems.

Some encounter issues with their Mac after a few years, whereas others have to face the same problems in a few months. A lot comes down to how much care one puts in. After all, a computer requires some maintenance. 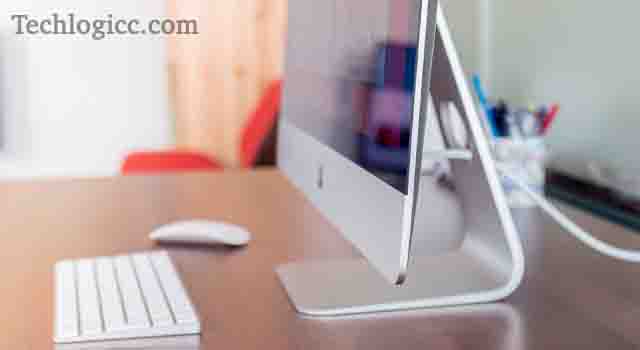 Having said that, MacBooks are not an exception when it comes to computers. Sooner or later, you will notice that something is wrong with your device. And unless you know how to deal with the problem yourself, you will need to spend money in a service store and wait for who knows how long until they fix the issue.

If you want to avoid that, familiarize yourself with some of the most common Mac performance issues and ways to deal with them.

How to Fix Common MacBook Problems Yourself

Let’s start with a spinning beach ball. After you try to initiate a process while there is something running in the background, you might notice a small colored beach ball appear for a bit and spin before the system allows you to start the process you want.

Overall, a short appearance of the spinning ball is not an issue. However, if it becomes too frequent and it takes longer than a couple of seconds for the ball to disappear, then you should know that there is an issue with your MacBook.

Cleaning the drive clutter, upgrading hardware, deleting redundant desktop icons, and eliminating potentially corrupted files are some of the most effective ways to counter the spinning beach ball.

Remember that the ball starts spinning when the computer cannot handle the tasks. Be it software or hardware, you need to be more conservative with resources.

It is not ideal to have a charger plugged in at all times when you are using a MacBook. In some instances, you might not have access to an electrical outlet, meaning that you will need to rely on the available battery lifespan.

Other than disabling redundant background processes and disabling visual effects, you can prolong the MacBook’s battery lifespan by not using the sleeping mode and shutting the laptop instead. It also helps when you are not overcharging the computer constantly.

Running out of free disk space on a MacBook is quite easy since there is not that much storage to work in the first place. Even if you are somewhat aware of this potential issue, you are still likely to end up with just a few free gigabytes of storage.

Ideally, a computer’s drive should have about 15 to 20 percent of its storage unoccupied for optimal performance, but this amount is not necessarily enough.

Some pointers to deal with Mac storage issues include:

It is also worth noting that you should regularly remove temporary system storage and other junk, such as app extensions and plugins. Check some of the best reviewed cleaner tools that will do the job for you because deleting temporary system files manually is not worth it.

A flickering screen might not feel like that much of an issue initially, but if it becomes too persistent, you will want to find a better solution than to just restart the MacBook every time a screen starts to flicker.

More often than not, the problem occurs after installing the newest macOS update. While you should update the operating system, it sometimes causes incompatibility issues with the hardware, and the flickering screen problem is a good example of that.

After an update, Mac’s GPU becomes incompatible with the operating system. In such cases, it is recommended to go back to a previous version and wait for a hotfix from Apple’s engineers.

You should back up data regularly to create a safety net and avoid potential data loss. However, if there are issues while trying to do that, try to solve them.

Many MacBook users rely on iCloud, and the service should not pose problems. Perhaps your current plan is not good enough as far as available storage goes. If so, you will need to subscribe to a better option.

As for the other backup method involving Time Machine and an external HDD, make sure that the drive is formatted properly to back up data via the Time Machine tool.

A slow internet browser is not necessarily something happening because of your fault. First, check with your internet service provider and ask if there are any problems on their end.

Once they tell you that things are okay, try to see what you can do. Start by disconnecting and reconnecting to the network. Then, check for peripherals like wireless printers potentially jamming the Wi-Fi signal.

Poor browser optimization could also be one of the causes. You might have installed too many extensions or forgot to clear the cache.

Even if Macs are not the most optimal option for playing video games, they should still run some titles that are not as demanding hardware-wise.

If you encounter FPS drops, crashes, freezes, and other issues while gaming, and lowering in-game settings does not help, the problem is likely with the computer’s hardware or software.

Check for viruses, monitor background processes on the Activity Monitor tool, free up disk space, and do not forget system updates.

Keep in mind that the dust accumulates inside your MacBook, and you need to remove it regularly. Otherwise, it will continue to cause performance issues, not to mention overheating and loud noises coming from the internal fans.

Before cleaning the dust inside, study instructions on how to take the laptop apart and put it back together without damaging the hardware.