NBN Speed Test: How fast is your NBN?

How to Boost Your Internet Speed 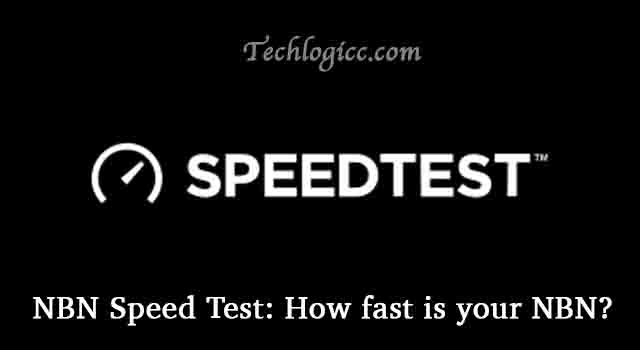 How to Test the NBN’s Internet Speed

The first step is to figure out the NBN speed tier you’re paying for. Basic I NBN 12, Basic II NBN 25, Standard NBN 50, Fast NBN 100, Superfast NBN 250, and Ultrafast NBN 1000 are the different speed tiers, and the speed you pay for will determine the quality of your results.

It couldn’t be easier to check your NBN internet speed. Simply ensure that the device you want to test is connected to the internet via your home NBN WiFi modem before pressing the huge “Start Speed Test” button at the top of this page. If you’re testing from your smartphone and aren’t connected to WiFi, the speed test will use your mobile network to produce results (also handy to know).

The internet speed test should take about five seconds to complete. When you’re done, you’ll see your download speed, as well as your ping/latency and upload speeds, if you click more info. While latency and ping are significant to certain users, the two most crucial data elements in your NBN speed test are download and upload speed.

What are internet speed testing and how do they work?

An internet speed test consists of several stages. It’ll start by sending a request to a server and then waiting for a response. The period between making a request and receiving a response (measured in milliseconds) is referred to as the ping. Most regular internet users won’t be concerned about ping, but if you’re curious, check out the ping and latency section below.

The test will also assess your download and upload speeds, which is the most significant part. The test tool accomplishes this by establishing several connections to the test server and downloading modest amounts of data. While this is going on, the program will keep track of how rapidly the data was downloaded and how much of your network’s resources were consumed. It will then optimize the size of that piece of data and the number of connections based on this information in order to accurately assess download speed.

The testing download is similar to the testing request, except you’re the one who sends the data to the test server instead of requesting it. The tool establishes the proper number of connections and the right data size using the same way to precisely estimate your data speeds.

How Can I find out what NBN speed tier I’m in?

There are a few ways to determine your NBN speed tier, but the simplest is to look at your most current internet bill or enter it onto their self-service page. Both of these options should tell you what plan you’ve chosen right away.

If you are unable to access your bills or online account management service, you should contact your internet provider’s customer service department. The majority of telecoms provide online live chat, a dedicated phone number, a forum, or active social media accounts. They’ll ask you for some basic information (such as your name and address) and should be able to tell you what speed tier you’ve chosen from there.

Otherwise, there is one last alternative, albeit it isn’t always the most accurate method of determining your NBN speed tier. Simply run a test using the internet speed test at the top of this page and compare your results to the table above. You might be able to figure out your NBN speed tier by looking at which category your result falls into.

In an NBN speed test, what is ping?

Following the completion of the internet speed test, you will see a value for “Ping” in the results. Ping is a method of measuring the speed with which your internet connection responds. The rate at which you can download a file via the internet is referred to as download speed. The greater your download speed, the faster you’ll be able to download Star Wars: The Last Jedi in 4K. Ping represents the time it takes for you to click download, for the server to recognize your action, and for the action to appear on the computer in front of you (for example, “Downloading”). Ping speed is commonly measured in milliseconds these days due to the speed of the internet.

The ping delivers a packet of data to a certain IP address, waits for a signal to return, and measures the milliseconds between them to determine response time. Why should it matter if it’s almost undetectable in most cases? Well, it may not matter to you, but for some applications, such as online gaming, a few milliseconds can mean the difference between winning and losing.

If you’ve ever heard (or complained about) latency, it’s because your connection has a high ping. If you’re having excessive ping, consider using a connected internet connection instead of a WiFi connection by connecting your computer via an ethernet cable. If it doesn’t work, there are a slew of other troubleshooting options that could boost your connection’s speed. If your download speed and ping do not improve, it may be time to move providers.

What is a satisfactory ping/latency result?

In most circumstances, a time of fewer than 100 milliseconds is ideal. The sweet spot is around 50ms, but according to a December 2020 ACCC broadband testing study, most NBN connections in Australia average approximately 11.69ms, so ping isn’t much of an issue down under.

NBN 100 plans that are faster

It may be time to upgrade if you aren’t obtaining the speed you require. Here’s a look at some of the most popular NBN 100 plans currently available.